Just like the focus several weeks ago was Walker’s Club, and last week’s were about data, these are data-focused as well.

This one was kind of a freebie, but was supposed to get kiddos ready for the work we’d do later on in the day (which really is the focus of how the Math Warm-Ups are meant to work anyway. 🙂 ). 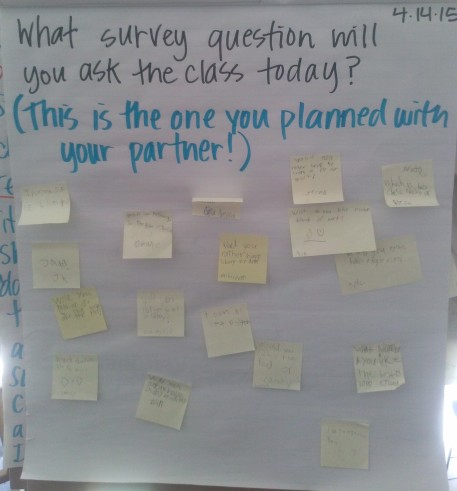 The warm-up on Wednesday was a little different from previous ones lately, whereas instead of them collecting the data, kids were asked to analyze the data and tell what they have learned from the data I’ve given them. 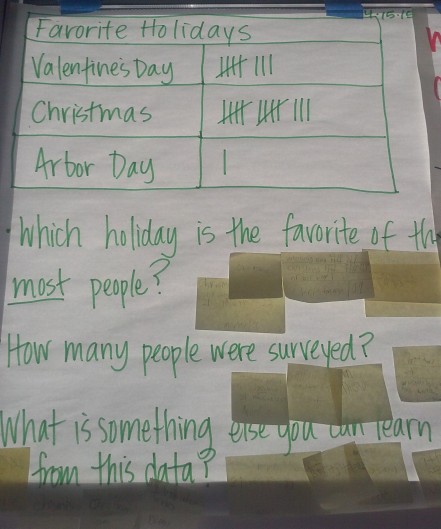 This one’s all about the chart Mrs. Appelbaum shared with us about the many ways we can represent the data we collect (which is exactly what kiddos would be doing later in the day!).  This one got them thinking early in the day, and also served as the introduction to our math lesson. 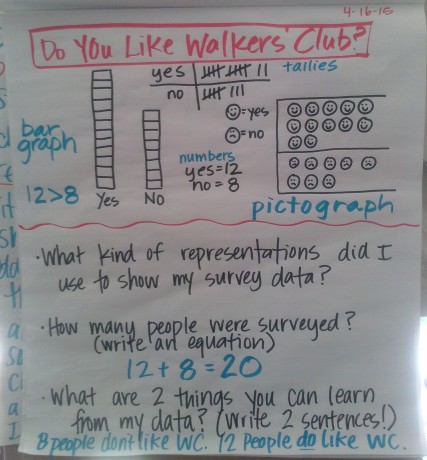 This one, you can tell, is not about data (directly), but IS about Walker’s Club laps and is a SUPER HARD one for first graders (our benchmark for addition is 2-digit numbers up to 100).  But you know what?  They TOTALLY KNEW WHAT TO DO!!  Those strategies we learned and used for 2-digit numbers?  They work for hundreds, too!  Way to go, Rm. 202 kiddos.  But you know what? I’m not surprised.  You’re pretty much always awesome. 🙂