During the last part of the fall/winter, we were busy in first grade.  Busy reading, learning and thinking bout Cinderella.  And culture.  Many years ago I found a unit I really like that was focused on using Cinderella as a means of getting kids to think and learn about how other people live around the world.  We learned a little about fairytales, and also compared and contrasted what the stories had in common (and of course, what was different).  That first year we enjoyed it so much that when I looped with that group to 2nd grade the next year, I wrote a similar unit based instead on Little Red Riding Hood, which was also a big hit!

This year we dug in again to the Cinderella-culture connection, and another group of super kiddos got to hear many amazing stories (most of which were new to them!).  We started with the story most everyone knew already. 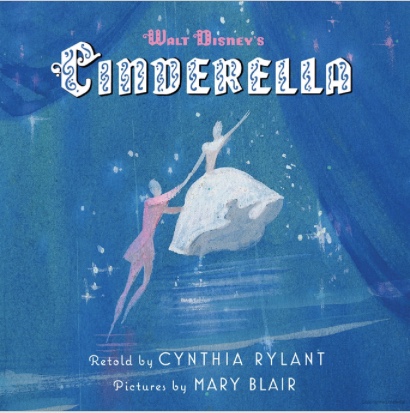 We followed, over the next few weeks, reading many other versions of the story, from places around the globe.  As we talked about each story, we also wove in geography lessons, and marked each country on a map together. 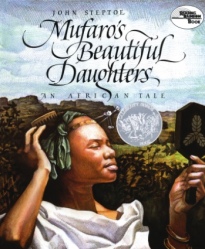 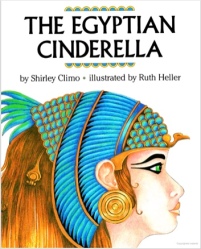 In the first version of this unit that I taught, I had kiddos choose a country that they wanted to learn more about, and then students worked in groups to learn all about the culture of that country.  This time around, Ms. Turken (my co-teacher), and I decided that it might be a bit too much for some of our friends and we had a change we decided to make: we chose two countries we would research and then students could choose which one they wanted to learn more about.  We offered Mexico and China for this part, and kiddos could work with either teacher for the study.

Once we had our groups, kiddos chose which PART of culture they were most interested in: religion, music/dancing, clothing, food, holidays, sports/games, school and art.  Students worked in pairs to research their topic, taking notes as they went.  (In my class we worked on Mexico’s culture, and Ms. Turken facilitated the study of China in Rm. 112; kiddos from both of our classes worked in both places).

After we had taken a few days using books, websites and videos to gather information, we worked to build a mural (of sorts) to share our learning with the other group.  We began with a blank chart (below) and then kiddos had to work with paper to create a 2D representation of the things they found to be most important about their topic. 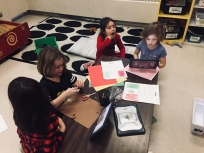 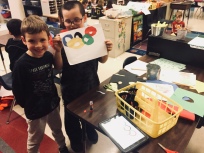 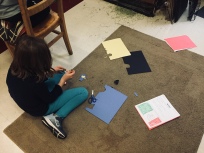 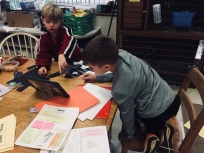 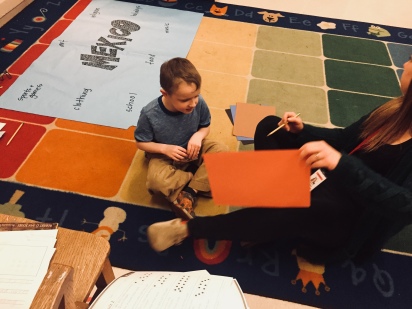 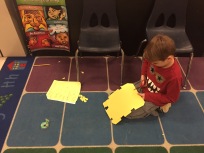 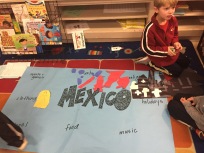 I always love to see pics of kids “in action,” and also love how they incorporate technology right along good old paper and glue. 🙂

Once we were finished, we met to have each group (Mexico and China) teach the other country’s group about what they had learned about the culture of each place. 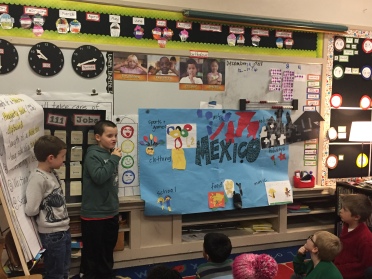 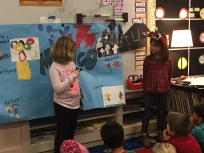 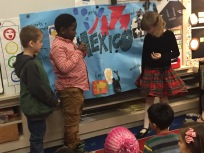 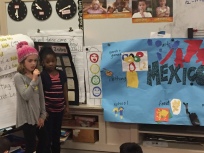 We did a great job, but we also learned that our kiddos have LOTS to learn about how to present to an audience. :). No worries–there’s lots of time left in the year to work that out. 🙂

Also, as a side note, while our study focused on the cultural parts of the Cinderella story, we also read several versions that were just for fun!

I’d say (without any hard evidence except for my being there during the study) that this was a hit with everyone involved.  We loved all the stories and everyone learned something they didn’t know before we started.  🙂