A few years ago, my friend and colleague, Mrs. Appelbaum showed me an idea for incorporating collaboration and creativity into a beginning-of-the-year activity.  We tried it that year, and the results were fabulous.   I don’t think I tried it last year (or at least if I did, I didn’t write about it!?), but I knew I needed to pull it out and try it again with this group.  We’ve been focusing on community building these last few weeks, and creativity is a big deal both in my classroom and in our school.  I love this book–the story is great and the conversations you can have around how kind and considerately the classmates treat each other are helpful during the foundation-building days early in the year.

We began by reading and talking about the book itself, and I told about how much I love that the author, Cathryn Falwell commented on our work the last time we did it.  We’ve been talking alot about authors and how we can talk to them “in real life” lately and they were super excited that a book’s author might see their hard work! (No pressure, Ms. Falwell! hee hee). 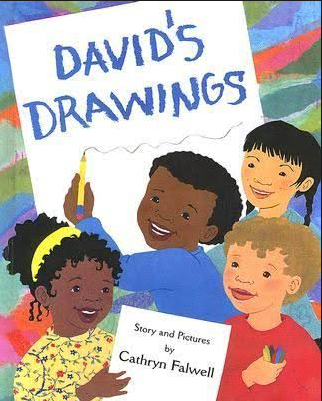 After we read, we reviewed the way David developed his drawing in the story: he started with an idea, but then his friends were able to add in details that they thought were important, resulting in a masterpiece that involved numerous perspectives and ideas.  Aside from just a beautiful picture, however, the kids in the story also display such care and respect as they are sure to ask their friend if they can help BEFORE they start to work.  David is kind to oblige and the collaboration begins.  What results is something even better than what was originally imagined; the end would not have been a possibility without everyone’s input.

Once I was sure we understood both the story itself and the concept of what I wanted them to do, we broke up into small groups (which we call “crews” in our room) and artists got to work. 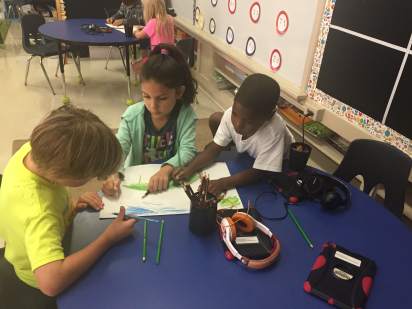 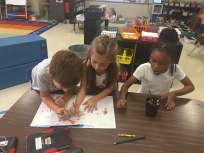 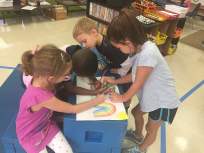 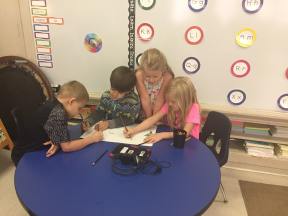 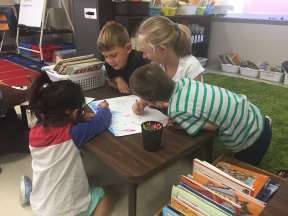 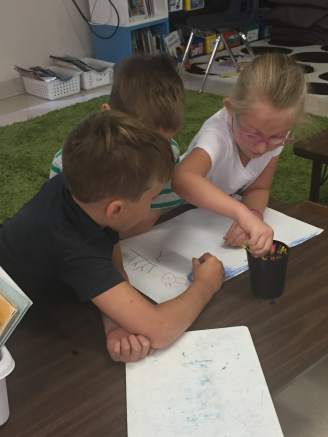 The drawings we ended up with were super creative, colorful and full of everyone’s ideas!  We did a great job and were excited to hang them up on another spot of blank wall (we have LOTS of it!!)! 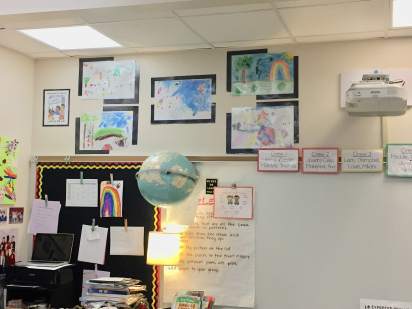 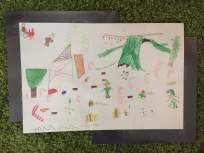 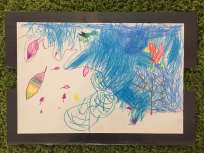 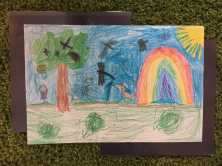 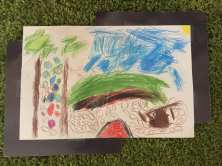 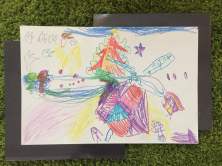 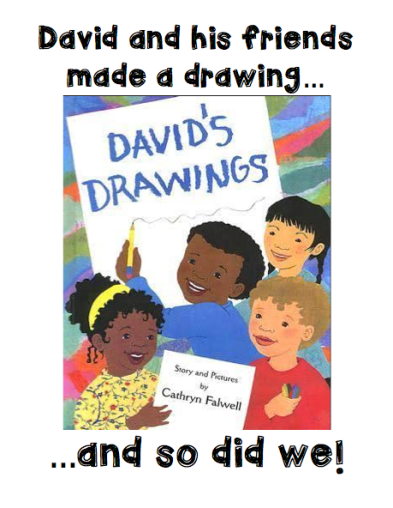 Perhaps the best part was the debrief on our work when we were finished.  They had such great ideas to the question of what they did as they worked that made our creations so successful.  These kiddos have such great ideas–before, during and even after their work!! 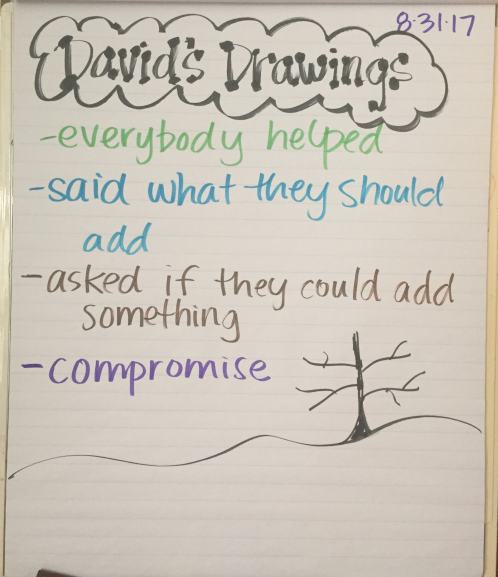 The hope (and encouragement) is that these behaviors will be repeated over and over in different settings to help make success and cooperation continue for many days to come!