This year Halloween is on a Monday, but our school decided to have our Halloween festivities on Friday instead.  We went ahead with our traditional Halloween Parade, which travels down the street near our school and snakes along the campus of Aberdeen Heights–a retirement residence next door.  We have a great partnership with them and love to delight their residents with our cute costumes, big smiles and happy waves as we walk by.

This year, however, instead of having a typical “party” after the parade, we decided as a grade level to have a more low-key afternoon, and just watch a movie and have a snack.  My kiddos seemed really excited about this (as excited as kiddos usually are for a “regular” party) and I was, too. Sometimes less is more. 🙂  I mean who doesn’t love some popcorn and a show?  Oh, and throw in a couple of Oreos and it’s even better, right?  I even heard a couple of friends say, “This is the best day ever!” 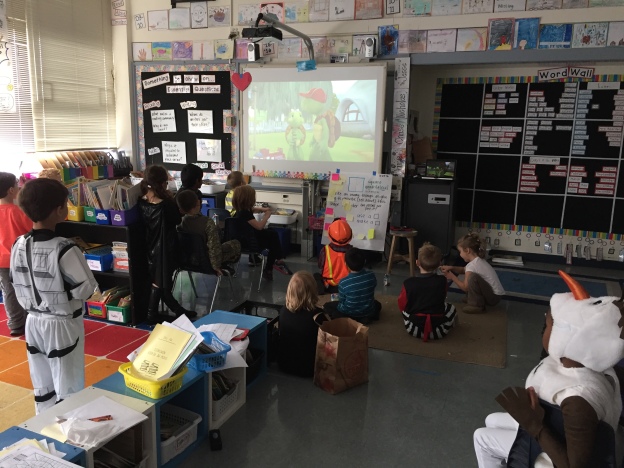 At our school, kiddos bring their costumes and put them on just before we leave for the parade.  For us, that was around 1:45, which meant that they’d been waiting pretty much all day for it!  Sometimes (which I am sure is not surprising) this can mean that kiddos are little more amped up and full of lots of pent-up energy.

What was SO great, though, was that instead of that reality, this was THE BEST putting-on-costume time I think I’ve EVER experienced with a group of kiddos.  Part of it, I think , is that we really emphasized that costumes would be easy to put on and go over clothes (rather than having to have kiddos change anything), and so we could all just find a quiet spot in the room and quickly get ready.  Kiddos gathered on the carpet after that, and we even had time to read two books before they called us to line up!  Talk about efficient!  Forgive me for not having better pictures of the parade, but I was busy having a great time like the kiddos and couldn’t snap pics of it! 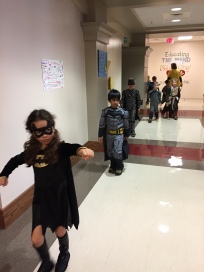 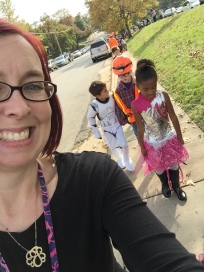 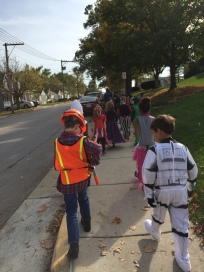 When we returned, however, we did have a chance to capture pictures of our great costumes!  We noticed that there were many costumes that went together, and so kiddos planned how we should group for our pictures.  Check it out! 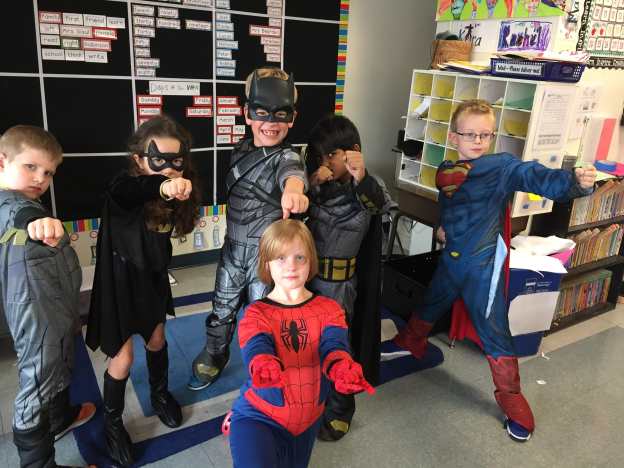 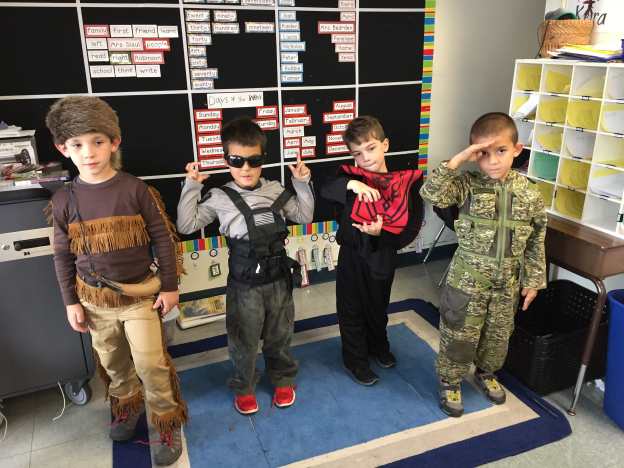 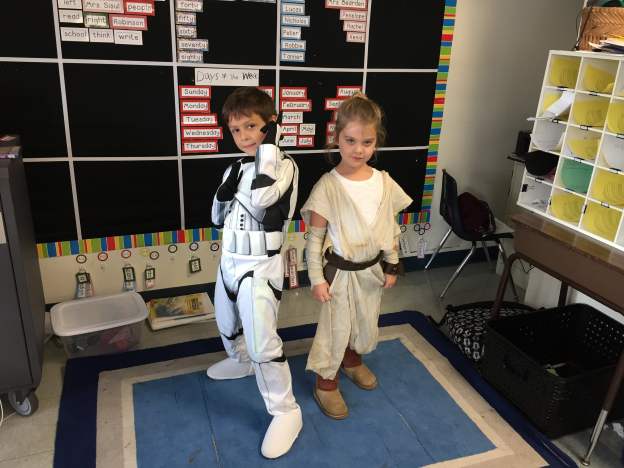 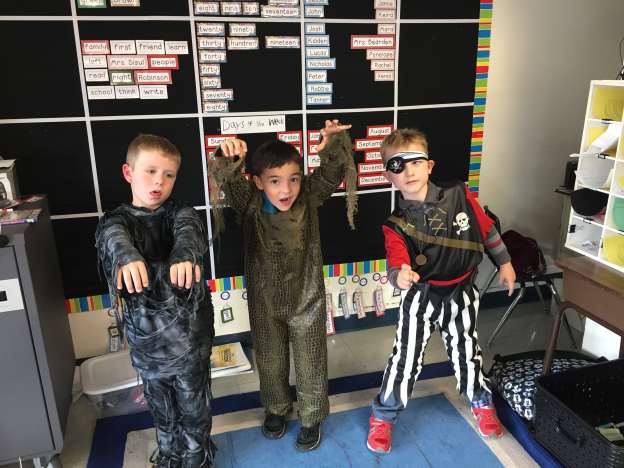 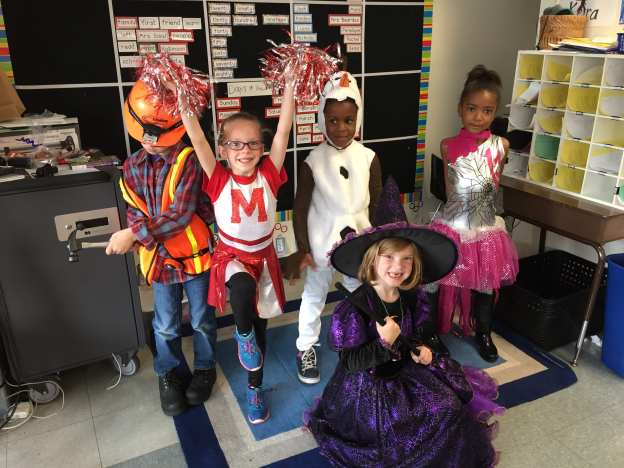