Hopefully you’ve read about how we’re learning about light and sound and how great PLTW is going in our classroom.  (If not, feel free to check it out before you go on with this post–LOL).  On Friday we got to the point where we were ready for the design challenge.

We had learned about the design process earlier on in the unit, and also were then reminded of the problem from the story about Angelina, Mylo and Suzi.

Since we had learned and explored about light and sound already, we were ready to answer that question from the end of our book:

If you were Angelina, Mylo and Suzi, how would you help them communicate over a distance to get help?

Luckily for us, we have a fabulous woods and Naturescape in our backyard in which to actually try out this challenge!  We will do that on Monday, but first we had to figure out how to answer the question.  We got into groups and had a limited list of supplies (which we happened to be carrying in our backpack): 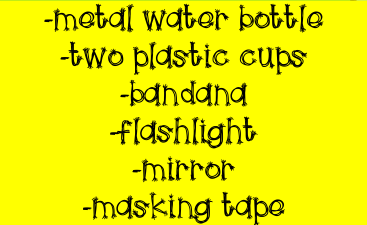 Kiddos had time to design and build their devices and then will test their creations in the woods on Monday. 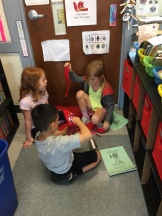 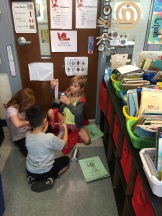 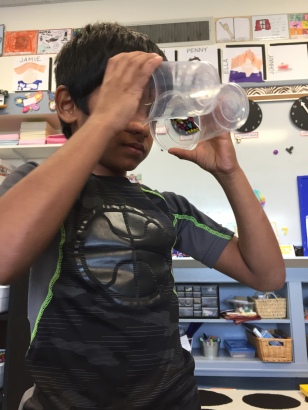 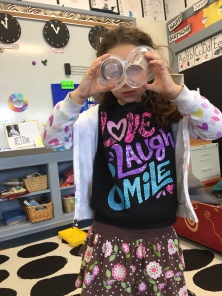 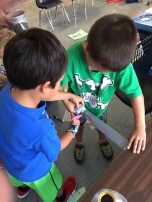 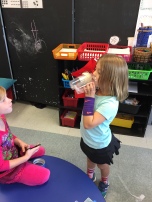 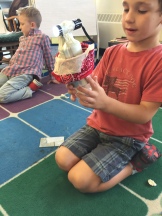 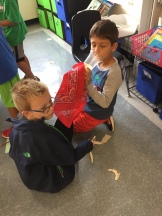 Callahan and Lucas figured out how to make their device reach higher and shared their thinking:

We also had an unexpected problem-solving situation come up after I talked with my first grade teacher-friend, Ms. Turken.  I asked her how the challenge went with her class, and she told me they had these issues:

We decided to take on this problem and see if we could figure out how to use this knowledge (and their struggles!) to make the challenge work the best for us when we took our turn to try it out.  We headed out to the woods to have a chat, because I figured it might be easier to think about it in the actual setting.

We gathered on the stage (built by the amazing Riggs Construction!) and talked about our options.  I was excited to hear how kiddos were thinking through the problems I presented, thinking about how we could address them with what we know.  We had many great suggestions:

WHEW!  WOW!  I was tired after all that smart thinking and was super impressed with how they were considering ways to make our experience the best it could be.  I know we’re ALL excited to see how it goes when we’re actually in the woods tomorrow!  Stay tuned and we’ll tell you all about it!