Seems like I have been waiting FOREVER to share this post with you, but I wanted to wait until the final products were hung up before I finally wrote a about it.  Man, it’s been hard!

If you have every visited my classroom, or if you have read this blog before, you hopefully know that diversity and community are two important parts of my classroom.  I have done much over the last year to incorporate more diverse texts into my classroom (and life!), have celebrated cultures of our classroom families, and stressed with my kiddos how amazing it is that we are NOT all the same!  Different is BEAUTIFUL!

I used some similar books from years past, because they are great and still worked to share that diversity, appreciation, celebration, inclusion message I wanted to send.  Kids really enjoyed them. 🙂 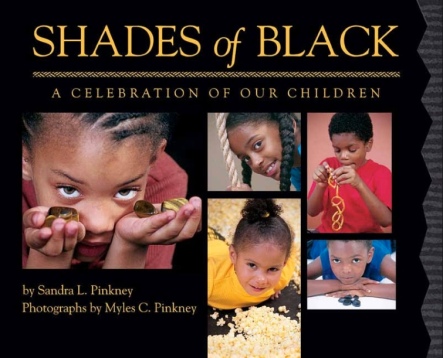 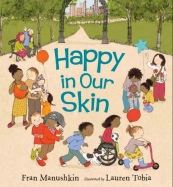 I have done portraits many different ways over the years, but wanted to really focus on making them LOOK like us, especially the beautiful COLORS of us.  It was a fun experiment to find just the right combination of paint to represent each kiddos’ face, and we had some great conversations about what we noticed, what we liked and what each color looked like. 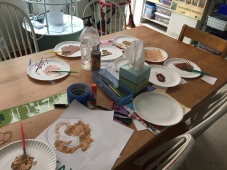 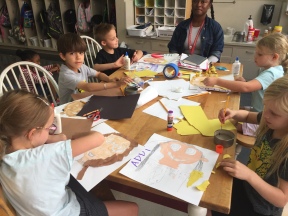 The walls in this new room have afforded me the best place so far to display these masterpieces.  They are high and smiling at us and we can see them from everywhere.  I LOVE that you can see each kiddo’s personality in their portrait and even if they weren’t labeled we’d be able to tell who is who because they did such a FABULOUS job creating them.  But most of all I love that they represent how beautifully and wonderfully made  is each and every one of my Rm. 111 kiddos. 🙂 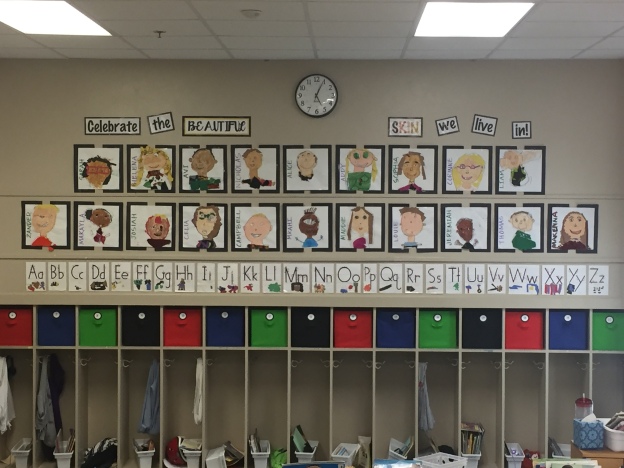 If there’s one thing we do well at Robinson, it’s make memories!  (Wait, who am I kidding–we do so many things well!)  From the Halloween parade to the Holiday Sing-Along and the end-of-year staff vs. 5th grade kickball game–fun is part of our culture!   Besides fun, though, we know how to make meaningful memories, too.

The day began in the gym, and once we were all settled, some 5th graders led in a procession of our guests of honor: veterans from every branch of the armed services.  I’d love to say I had a video of this, but I just couldn’t take one–partly because of logistics, partly because of respect, but mainly because I wouldn’t have been able to see the buttons on my iPad through the tears in my eyes.  Our kids gave a standing ovation while they came in, and sang a medley of all of the branches’ songs.  Very powerful.

Then, in turn, each grade level shared a special patriotic song they’d been preparing with Mrs. Kesler in music.  I know I’m a little biased, but first grade may have been the best (don’t tell my 2nd grader!).  Here’s their performance (get ready–it’s pretty great!):

The rest of the program was very special and included many other songs, as well as videos with words of wisdom from some of our visiting veterans.   🙂

We had some conversations in our classroom as well, and wrote letters to some important veterans in our lives.   Mr. Raeber, Nate’s dad, and Mr. Wehrle, Amelia’s grandpa, were both in attendance for our special day and so we wanted to make sure we said our thank yous in a special way.  Check out our kiddos’ kind words:

I didn’t get to catch Amelia and Mr. Wehrle because they were at the reception following the ceremony, but I did get to snap a sweet picture of Nate and his dad outside our classroom.  Mr. Raeber was in the Navy for 24 years!  Thank you for your service, sir!  We appreciate you!

A couple of other sweet things happened during our day that I just had to capture and share, too. 🙂  Kylie came in this morning telling me about a special locket she had that held pictures of her grandfather who was a veteran, but who had passed away recently.  Her mom had pinned that locket to her sleeve, and so he was here with us, today, too.  Wow.

Later on, after our assembly during Writer’s Workshop, kiddos were brainstorming how they could include Veterans’ Day topics in their work.  Millie was inspired to write a song. 🙂  Darn it–I should have gotten her to sing it.  Instead, I just have the lyrics–written on a flag!

What a great day of celebration and remembrance!  🙂

How did you celebrate Veterans’ Day?