Remember when I showed this picture from my last post? 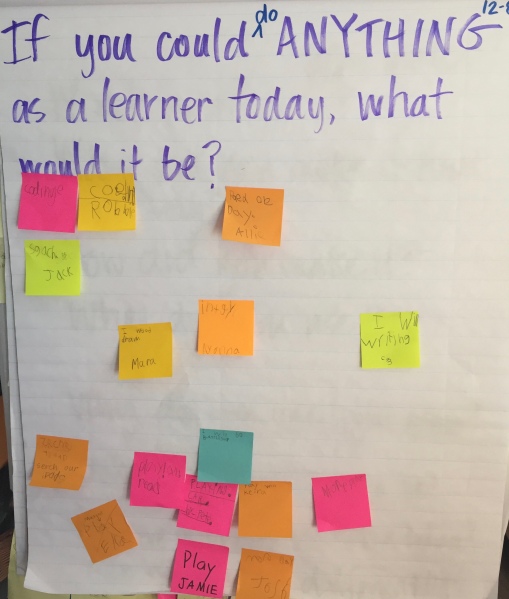 Remember that kiddos wanted to code?  Well if we had asked them that a week before, many of them would not have had any idea of what that even meant.  But thanks to friends in our school like Ms. Turken (our Rm. 203 neighbor) and Mrs. Sisul (our AMAZING principal), we are now ROCKSTAR coders and LOVE to spend any minute we have creating with code.org and our Scratch Jr. app on our iPads.

In response to that question I asked in our teacher group, Mrs. Sisul suggested that she come spend some Hour of Code time with my class. OF COURSE I said yes!

She started by explaining to Rm. 202 kids how they are all smarter than computers.  Some of them weren’t so sure about this, but then she explained that everything a computer does has to be entered by a human, who writes in a special language telling the machine what it should do.

Then we watched in intro movie about people who code and how and why they do that.  Next she explained about how there are two languages that computers understand, BLOCK and JAVA SCRIPT.  We were going to start with the block kind of coding, using a really popular movie as our topic–STAR WARS!! 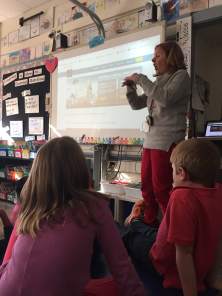 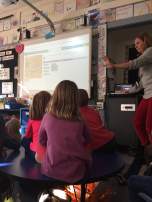 We got started and indeed were able to spend an HOUR OF CODE before we went home that day.  In fact, we probably could have spent DAYS and DAYS of CODE if we were able to.  Rm. 202 coders are so excited by what happens when they put the right blocks in the right places and the game works the way they want it to!  Many of them got all the way to level 8 and were able to CREAT THEIR OWN GAME by using blocks.  Amazing, right?  Many kiddos have been using Scratch Jr. to do some pretty great things, too!  I’m excited by their excitement and by how well this fits into the creativity, curiosity and wonder that is a foundation of our classroom culture.  Thanks for teaching us this new language, Mrs. Sisul–we’re excited to become fluent in using it!  Hope to be able to share more soon! 🙂