Here’s a post about another team building activity we did the other day.  And boy, did it take some GRIT!  Some grit that we had to dig really deep for, too. 🙂

The basic premise of the game is that each person in the group has a folder with pieces of different squares.  In total, the group needs to end up with 5 equal-sized squares.  The catch?  No one can talk.  You can’t ask anyone else for pieces, but you can give pieces to other people in your group if you think they need them. 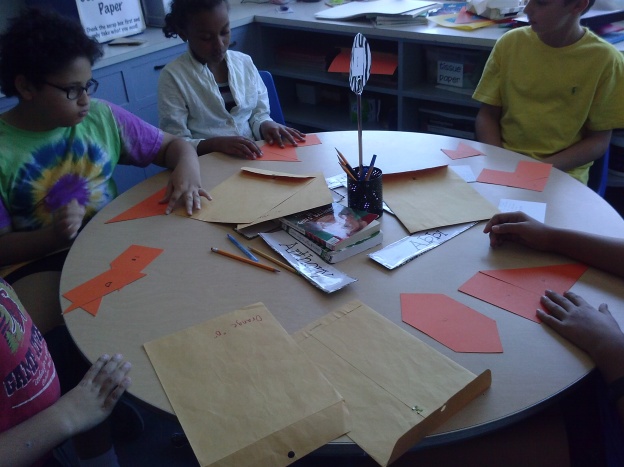 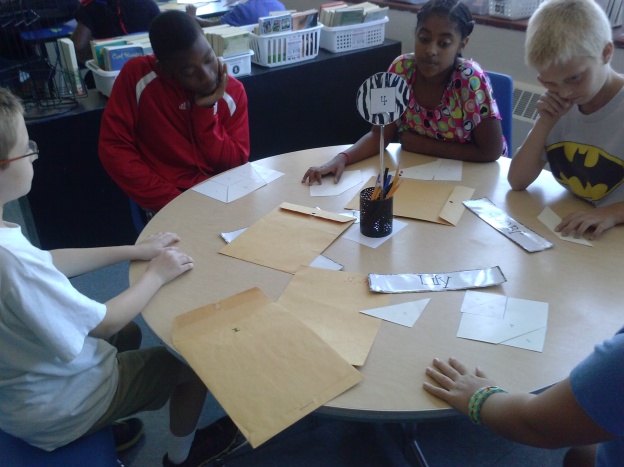 At first, this was a really tricky task!  The biggest problem?  Everyone was trying to do it on their own!  Pretty much the opposite of how the game works!  You would not believe the sounds I heard during this activity–it’s too bad I didn’t take any video.  Most sounds were moans and groans as they tried to figure out what to do, except for from Table 6 (see above)–their group had “tweeting” or “chirping” sounds happening during this task.  I soon figured out that that was the sound of them digging deep to find their grit.  Whatever works, right?

However, I mentioned that some of us really struggled, and that was something that could be seen as well as heard.  Within the first few minutes, there were twisted-up “thinking” faces, frowns and furrowed brows.  One friend was even laying over the seat of his chair upside down.  Frustration abounded.  But nope–they could not and would not give up. 🙂

Eventually it was time for lunch, and so we left to chow–and left our game just as it was, planning to return after we’d had some time to breathe.  As I was sharing the story of our struggle with some friends at lunch, Mrs. Berger said something about needing to see things in another way.  This was genius!  It gave me an idea for how we could switch things up after we came back.

Once we were back in the room and ready to get started again, kiddos returned to their tables, but they had to sit at a DIFFERENT seat than where they were sitting before.  Groups got started again and slowly, but surely, I started to get hands raised (which was the sign that they had gotten it!). 🙂 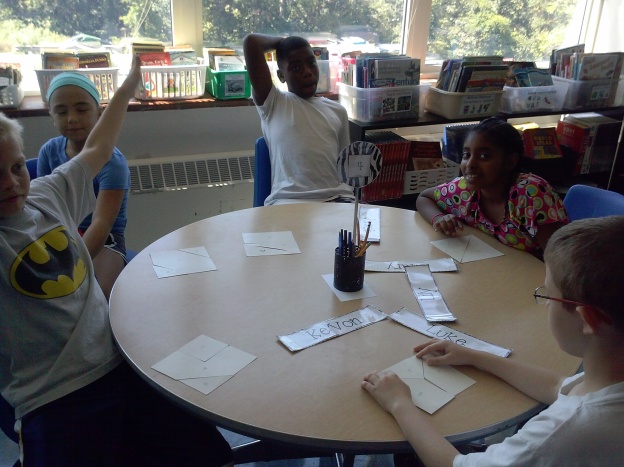 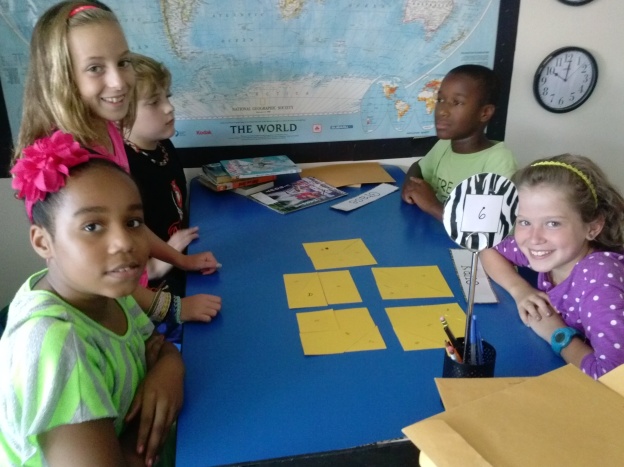 As we debriefed after we were finished, I asked each group what they thought it was that helped them the most.  Without fail, groups mentioned that seeing it from another angle helped them–then could see the puzzle from a different point-of-view and think in another way.  Thanks for the suggestion, Mrs. Berger–it’s just what we needed! 🙂