Wow–I’ve been doing a horrible job with updates lately!  I’ve left this one hanging for over a week, and I’m sure you were waiting on the edge of your seat to hear the rest of the story, right?  Well, thanks for being patient. 🙂   The “rest of the story” will actually end up being told in two more parts.

Remember how we were working with a problem about ranch dip and I was baffled by what was going so wrong?

Well, what I don’t think I told you last time was that I had a conversation with a colleague of mine, who happens to be a fabulous math teacher, too, and we agreed there could have been many reasons why this was trickier than I had intended.  I decided to tackle these issues one at a time.  The first one we thought of was related to the context.

I think I may have taken for granted the fact that my kids would know about teaspoons, tablespoons and just the whole act of mixing it all together.  There were actually several kiddos who could not relate to what I was talking about with making the dip, so I decided to fix that problem.  I hoped that using the recipe would help them better understand what I was asking them to figure out.  So we got cooking!

First, we reviewed the recipe and talked ingredients so we made sure we knew what to do. See how handy our iPads are for jobs like this? 🙂

Sorry, this ones a little blurry, but we’re smelling the spices the recipe called for: onion powder, garlic powder, parsley and dill. Many hadn’t ever seen these before! 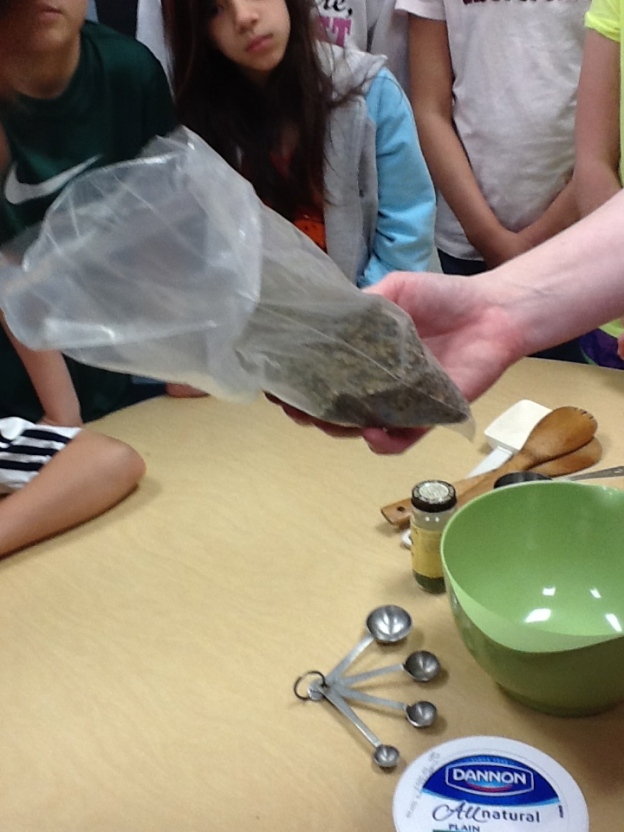 Oh, and there’s basil in it, too! Smells yummy already!

The recipe calls for sour cream, but I decided to use plain yogurt instead. Man, I must have been stirring fast!

We discovered another part that was important (and in many cases missing) knowledge–knowing the difference between the sizes of teaspoons and tablespoons. Knowing that there are 3 teaspoons in a tablespoon was necessary for use in the final answer, but this was hard for some kids to image without seeing it.

Spice mix ready to be stirred! 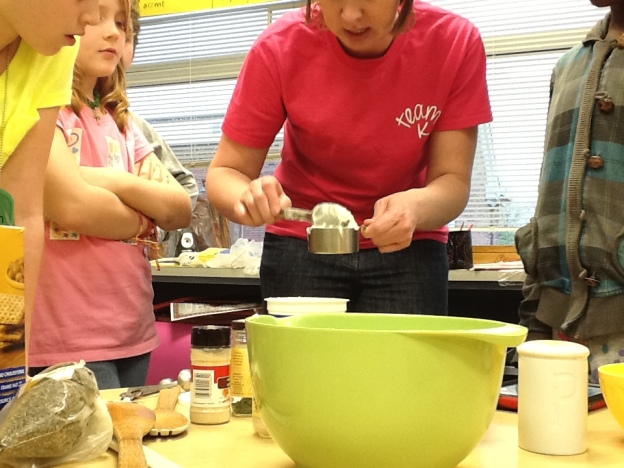 We needed a 1/2 cup of yogurt for every tablespoon of spices. 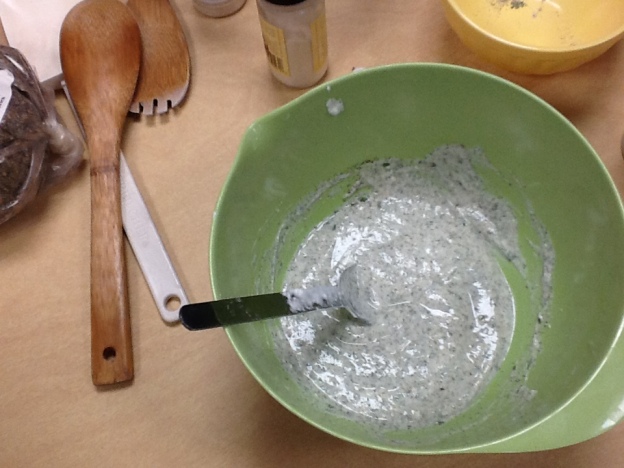 I forgot a knife. 😦 Cutting a cucumber with the back of a fork is harder than it looks! Eventually I made it happen, though. 🙂

Yum! Ranch dip with cucumbers and Triscuits for our morning Math snack!

So while my cooking class didn’t solve every problem we were having (which I’ll tell you about in Part 3), I do think it gave many of them the ability to make connections they were unable to make before.  And there is so much math (and science) in cooking and baking, I don’t know why we don’t do more of it.  TOTALLY wish my classroom had a kitchen!  It has also made me and my team think about how we want to purposefully involve more of these types of activities into our classes for next year.  We’re thinking it would be a great addition and preparation for next year’s Feast Week, too.

How do you use cooking in your classroom?  What connections do you make for your kiddos to math and science?  Or maybe even reading and writing? We’d love to hear your thoughts and suggestions as we make plans for next year. 🙂